Eating more black beans can be a safe and effective way to replenish iron and improve symptoms of anemia. The British Journal of Nutrition, a leading international journal of nutrition, has published online a new discovery by Chinese scientists: black bean skin extract can improve the body's absorption of iron, which can be an effective "remedy" to prevent and treat iron deficiency anemia.

Professor Wang Fujian's team at Zhejiang University's School of Public Health originally conducted the study with the idea of proving folklore experience. Compared to animal foods, the iron in "black five foods" such as black sesame, black fungus, black dates and black rice is difficult for the body to absorb and utilize. After various attempts, scientists found that feeding mice with crushed black bean peels significantly changed the symptoms of anemic mice.

What is the secret of improving iron absorption hidden in black bean peels? Project leader Wang Fujiang led the group to follow the trail and study the role of black bean peel in animals.

It turns out that there is a pump iron protein Ferroportin in the human small intestine and liver, which will try to absorb iron from food into the body, and also recycle iron from the body's waste red blood cells. Hepcidin, an iron steward in the human liver, "stops" the work of Ferroportin to prevent the body from absorbing too much iron. 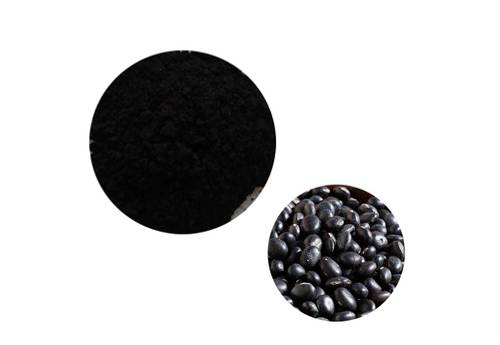 The first author of the paper, graduate student Mingdao Mu, explained that the "iron housekeeper" is the most critical regulatory molecule in the regulation of iron metabolism discovered so far, and the extract from the black bean skin can make the "iron housekeeper" not overactive, so that the pump ferritin can obtain iron for the body without worry and effort.

"The current treatment for iron deficiency anemia is mainly based on iron supplementation, but iron supplementation stimulates the body to produce more 'iron housekeepers' to resist iron absorption, making it difficult to obtain the desired effect." Wang said that traditional treatments are actually "treating the symptoms but not the root cause" and scientists have been trying to find new strategies to safely and effectively improve anemia, and this new discovery provides a good breakthrough.

The journal published a review saying that the use of dietary food to inhibit Hepcidin, the "iron steward", is an international first, which provides a new concept of targeted health care to prevent iron deficiency and inflammatory anemia.

Currently, the group is conducting in-depth research on black bean bark extracts, and the related national invention patents applied for are in the public domain, in preparation for subsequent drug development and industrialization.

Previous: What Are the Benefits of Grape Seed Extract?

Next: What are the Benefits of Ceramide 3?