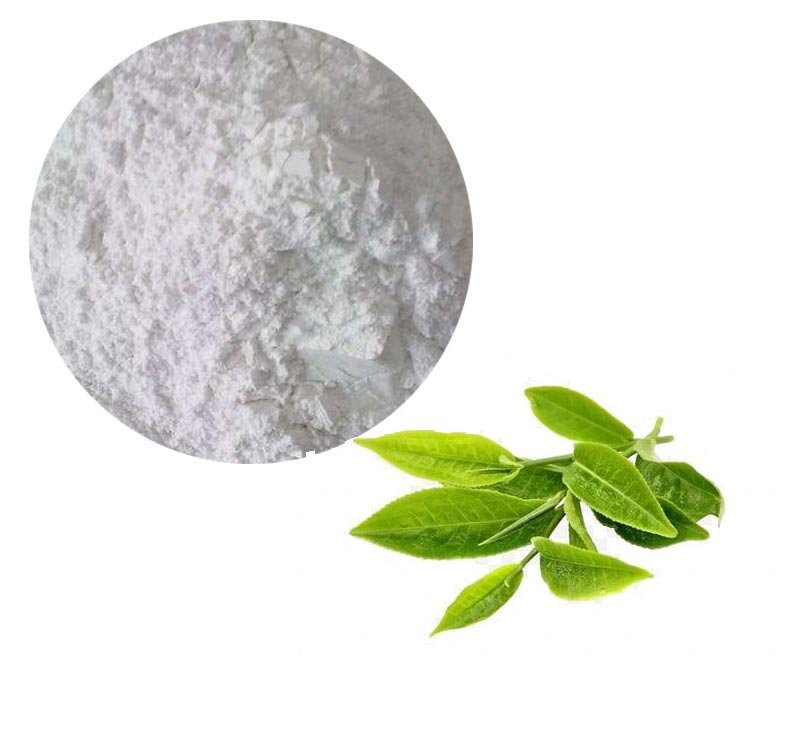 Green tea is one of major tea types in China. It refers to the beverages made from new leaves or buds of tea trees without fermentation. Its production involves such processes as deactivation of enzymes, forming and drying. The finished products and the brewed tea soup mostly appear green style of fresh tea leaves. Drinking green tea regularly is helpful in preventing cancers, reducing fat and losing weight and can also relieve the damage of nicotine to smokers.

Green tea made without fermentation preserves the natural substances of fresh leaves and contains more tea polyphenols, catechins, chlorophyll, caffeine, amino acids, vitamins and other nutrients. These natural nutritional ingredients in green tea have special effects, such as anti-aging, cancer prevention, anti-cancer, sterilization, anti-inflammation. Green tea is better than other types of tea.

EGCG is epigallocatechin gallate, which is the main constituent of green tea polyphenols and the catechin monomer from tea.

1. EGCG is an ingredient extracted from Chinese green tea. It is the main active and water-soluble component of green tea. It is the highest content of catechins, accounting for 9%-13% of the gross weight of green tea. Thanks to its special stereochemical structure, EGCG has very strong antioxidant activity, which is at least 100 times that of Vitamin C and 25 times that of Vitamin E. It can protect cells and DNA from the damage which is believed to be related to cancers, heart disease and other major diseases. These effects of EGCG are attributable to their ability to remove (antioxidant) oxygen free radicals.

2. EGCG plays an important role in protection from cancers and cardiovascular diseases. Besides, it is also used as a tumor multidrug resistance reversal agent and can improve the sensitivity of cancer cells to chemotherapy and reduce the toxicity to the heart.

3. EGCG is the main component of green tea polyphenols and of green tea catechins. Catechins include EGCG, EGC, ECG, EC, GCG, etc., among which EGCG has the antioxidant activity. Many studies have shown that EGCG can: i) resist the DNA damage caused by free radicals, radiation and ultraviolet rays; ii) prevent lipid peroxidation; iii) reduce the content of low density cholesterol, ultra-low density cholesterol and triglycerides in the serum; iv) interfere with the signal transmission required for survival of cancer cells; and v) inhibit carcinogens in the diet. Furthermore, it can work with other enzymes and antioxidants in the intestines, liver, and lungs to block the activity of some carcinogens, remove free radicals, resist the impact of pollution, sunshine and smoking, and prevent skin aging and wrinkling.