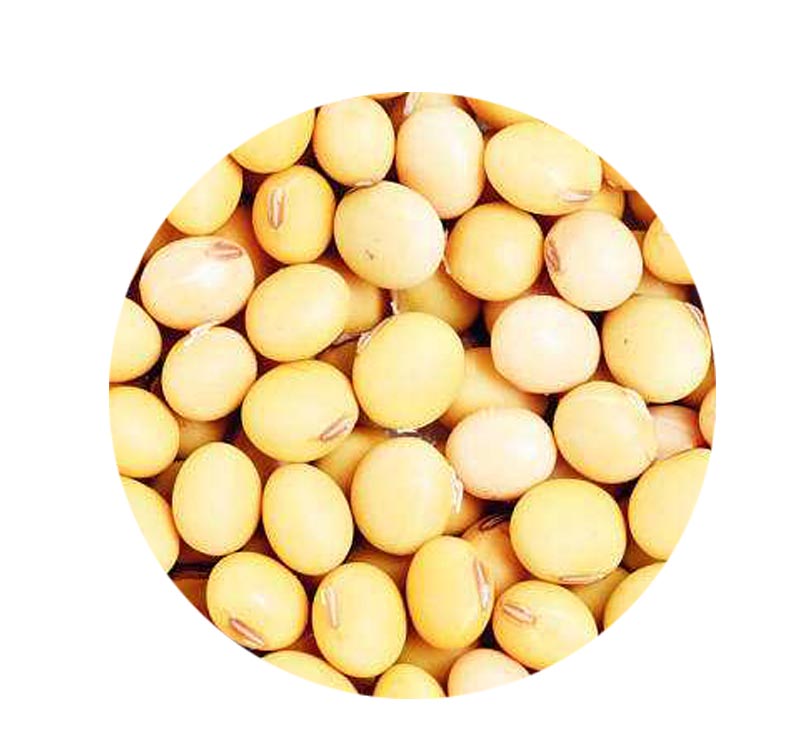 Isoflavones are phenolic compounds based on the phenylchromone ring formed by cinnamoyl-CoA side chain extension and cyclization during the metabolism of plant phenylalanine. The 3-phenyl derivative is isoflavones. Plant secondary metabolites, the chemical formula is C15H10O2. Flavonoids are an aromatic oxygen-containing heterocyclic compound, isomers of flavonoids. The refined isoflavones are flake or needle crystals. Generally colorless, but with the increase of hydroxyl, it can be yellow to deep yellow. It is a pigment widely distributed in higher plants. Some isoflavones are phytoalexins, and some can be used for the treatment of cardiovascular diseases.

Isoflavones are one of the flavonoids, mainly found in legumes. Soy isoflavones [1] are a class of secondary metabolites formed during the growth of soybeans. Because it is extracted from plants and has a similar structure to estrogen, it is called phytoestrogens.

Probiotic soy isoflavones are biologically active substances refined from non-genetically modified soybeans. They are a natural nutrient factor with a variety of important physiological activities. They are pure natural phytoestrogens that are easily absorbed by the body and can quickly replenish nutrients.

Isoflavones are a weak phytoestrogens. Soy is the only effective source of isoflavones for humans. In the case of strong estrogen physiological activity, isoflavones can play an anti-estrogen effect and reduce the risk of cancers activated by estrogen, such as breast cancer. When women's estrogen levels decrease during menopause, isoflavones can play a replacement role. Avoid menopausal symptoms such as hot flashes.

Isoflavones are also an effective antioxidant that can prevent the generation of oxygen free radicals, which are a strong carcinogen. It can be seen that the anti-cancer effect of isoflavones has many ways and ways.

It has always been considered to have the activity of vitamin P, and it has been discovered that it has more physiological activities and has the functional properties of regulating body metabolism.

Soy contains a variety of isoflavones. For comprehensive utilization, it can be extracted from soybean hull residue and purified by petroleum ether for crystallization. Among them, genistein has the health effects of lowering cholesterol, promoting calcium absorption, and regulating the immune function of the body, making soybean food more special edible value.

The role of isoflavones

Before and after women's menopause, due to the decline of ovarian function, the level of estrogen in the body decreases, causing the adjustment of the functions of various organs and tissues to be unsuitable, and a series of diseases appear. Supplementing estrogen can achieve the purpose of preventing and treating such diseases.

Osteoporosis refers to the reduction of bone tissue that leads to brittle and fragile bones, which are easy to fracture. It is common in women and elderly men after menopause (due to hormone changes or insufficient calcium and vitamin D). The incidence of osteoporosis in middle-aged and elderly women is much higher than that in men. The main reason is that estrogen levels decrease after ovarian function declines, bone metabolism appears negative balance, and bone mass decreases. Isoflavones can bind to estrogen receptors on bone cells to reduce bone loss, increase the body's absorption of calcium, and increase bone density.

A large number of studies have found that soy isoflavones can transform cancer cells into cells with normal functions. At the same time, they can also inhibit undesirable tumor structure and prevent tumor proliferation and cancer cell proliferation.

Alzheimer's disease is currently the most common type of dementia, which is more common in women. Recent studies have shown that the human brain is also a target tissue for estrogen. The hippocampal synaptosomes with memory functions in the brain contain estrogen receptors. The medical profession has confirmed that estrogen levels are closely related to Alzheimer’s. Soy isoflavones and true estrogen are good for the brain.

The estrogen-like effect of soy isoflavones can make women's skin smooth, delicate, tender, elastic, and youthful. Women activate the adipose tissue in the breasts by supplementing estrogen, so that free fat is attracted to the breasts to achieve the effect of breast enhancement.

Studies have shown that: modern women experience early menopause, long-term supplementation of soy isoflavones can maintain normal levels of estrogen in the body, delay menopause, and achieve the effect of delaying aging.

Cardiovascular disease (CHD) is a multifactorial disease, in which cholesterol (Ch) plays an important role. A large-scale study of 5,000 people conducted in Japan showed that soy isoflavones have the effect of lowering cholesterol and inhibiting thrombosis. A study on young women in the United Kingdom showed the dose-effect relationship of isoflavones. Isoflavones above 45 mg per day can reduce total Ch and LDL-Ch levels by 10% for 30 consecutive days, while 23 mg isoflavones has no effect.

Soy isoflavones can reduce the body's susceptibility to serum LDL oxidation. After the serum LDL lipoprotein is oxidized, it activates the phagocytosis of macrophages in the human body and develops into foam cells in the arterial wall to form atheromatous plaques. Soy isoflavones not only have their own antioxidant effect, but can also induce the increase of antioxidant enzyme activity, improve the antioxidant capacity of serum LDL, prevent the formation of atherosclerotic plaque in the arterial wall and prevent atherosclerosis. At the same time, it increases the compliance of arteries and expands blood vessels. Soy isoflavones also inhibit the atherosclerotic process by affecting tyrosine kinases, including foam cells, fatty streaks, hyperplasia, fibrous plaque infiltration, rupture and ulcers, keeping the heart arteries and blood vessels unobstructed and preventing cardiovascular diseases happened.

Soy isoflavones are flavonoids compounds, secondary metabolites formed during the growth of soybeans, and a kind of biologically active substance. As they are extracted from plants and have the similar structure to estrogen, soy isoflavones are also called phytoestrogens. The estrogen effect of soybean isoflavones affects hormone secretion, metabolic biological activity, protein synthesis, and growth factor activity. They are a kind of natural chemopreventive agent against cancers.

2. Soy isoflavones have the weak estrogen effect, bind to osteoblast estrogen receptors, enhance the osteoblast activity, promote the process of bone matrix production, secretion and bone mineralization, and can prevent the occurrence of osteoporosis. The study results show that the ingestion of more and more soy isoflavone soy protein can increase the subject's lumbar spine bone density.