What Is Astaxanthin Good For?

Astaxanthin (pronounced as-ta-zan-thin) may have a funny spelling, but let it be known: this ingredient is no joke.

This unique antioxidant is a lutein carotenoid that, unlike some of its carotenoid counterparts (such as B-carotene, lutein, and zeaxanthin), has been found to have higher biological activity. What also helps to distinguish astaxanthin from other carotenoids is its interesting chemical properties, particularly its antioxidant capacity.

This huge antioxidant is found mainly in the marine environment, especially in seafood, plankton, microalgae, and krill. (Interesting fact: Astaxanthin helps give marine life such as shrimp, lobster, and salmon their pink color.) It can also be found in fungi and complex plants. 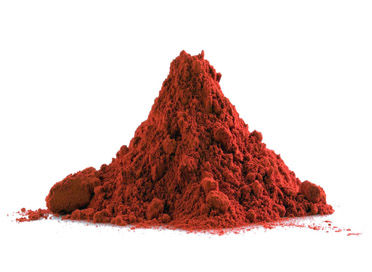 What Is Astaxanthin Good For?

Astaxanthin is an antioxidant with many health benefits. It has been linked to healthier skin, stamina, heart health, joint pain and may even have a future in cancer treatment.

As you probably know, antioxidants are good for you. The antioxidant properties of astaxanthin provide a major source of health claims and benefits of the supplement, especially when used to help treat cancer. It is linked to improved blood flow and reduced oxidative stress in smokers and overweight people. A comparative study of astaxanthin and other carotenoids showed that it showed the highest antioxidant activity against free radicals.

Because of its antioxidant properties, there has been much research into how astaxanthin can help treat various cancers. One study found short and long-term benefits for treating breast cancer, including a reduction in the growth of breast cancer cells.

Astaxanthin can be used topically to promote skin health. A 2012 study showed that a combination of topical and oral doses of astaxanthin could help smooth wrinkles, make age spots smaller, and help retain skin moisture. There were positive results in both men and women, but more research is needed to confirm these findings. 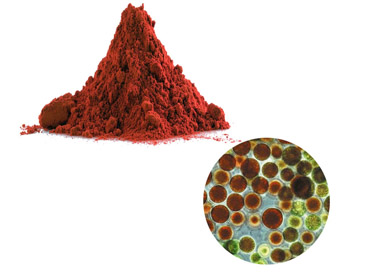 There has been a great deal of research on how astaxanthin affects endurance and the level of fatigue after exercise. Studies in rats have shown that it can improve the body's use of fatty acids, which contribute to endurance and prevent muscle and bone damage. However, to date, evidence of its effects on human exercise is still lacking. One study using human subjects found no exercise benefit from astaxanthin supplementation on muscle damage.

Researchers are also investigating the claim that astaxanthin is good for heart health. One 2006 study examined the effects of astaxanthin on rats with high blood pressure (hypertension) and showed that it may help improve elastin levels and arterial wall thickness. Other claims include the idea that astaxanthin may prevent heart disease and help lower cholesterol, but there is not yet enough evidence to support these uses.

Astaxanthin may also have promise in the treatment of joint pain, including diseases such as rheumatoid arthritis, which affects almost one in five Americans, and carpal tunnel syndrome. However, the results so far have been mixed. Some studies suggest that astaxanthin may be able to reduce the inflammation and pain symptoms associated with arthritis. However, a study on the relationship between astaxanthin and carpal tunnel syndrome found no evidence to support this claim. If you want to get more information about the antioxidant wholesale, welcome to contact us today or request a quote.

Previous: Are Ceramides Good For Face?

Next: What Does Ellagic Acid Do for the Body?