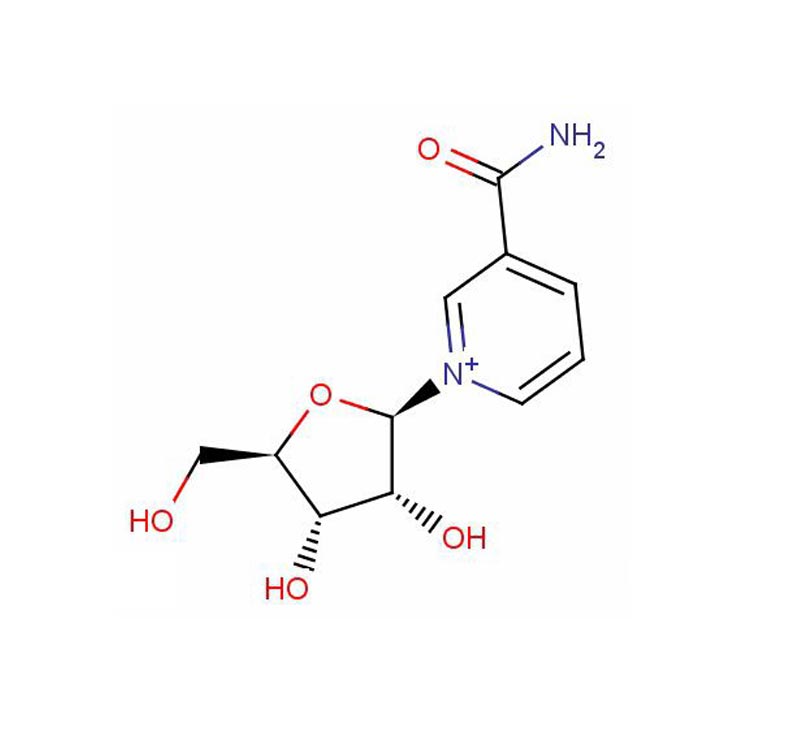 NAD is a cofactor that is central to metabolism. Found in all living cells, NAD is called a dinucleotide because it consists of two nucleotides joined through their phosphate groups. One nucleotide contains an adenine nucleobase and the other nicotinamide. NAD exists in two forms: an oxidized and reduced form, abbreviated as NAD+ and NADH respectively.

In metabolism, nicotinamide adenine dinucleotide is involved in redox reactions, carrying electrons from one reaction to another. The cofactor is, therefore, found in two forms in cells: NAD+ is an oxidizing agent -it accepts electrons from other molecules and becomes reduced. This reaction forms NADH, which can then be used as a reducing agent to donate electrons. These electron transfer reactions are the main function of NAD. However, it is also used in other cellular processes, most notably a substrate of enzymes that add or remove chemical groups from proteins, in posttranslational modifications. Because of the importance of these functions, the enzymes involved in NAD metabolism are targets for drug discovery.

Nicotinamide adenine dinucleotide has several essential roles in metabolism. It acts as a coenzyme in redox reactions,as a donor of ADP-ribose moieties in ADP-ribosylation reactions, as a precursor of the second messenger molecule cyclic ADP-ribose, as well as acting as a substrate for bacterial DNA ligases and a group of enzymes called sirtuins that use NAD+ to remove acetyl groups from proteins. In addition to these metabolic functions, NAD+ emerges as an adenine nucleotide that can be released from cells spontaneously and by regulated mechanisms, and can therefore have important extracellular roles.