What Are Tremella Mushrooms?

Mushrooms are known for their many health benefits, but tremella mushrooms just might be the ultimate anti-aging beauty mushroom! Tremella has been used for centuries for its beauty-enhancing benefits, which explains why it’s also called the beauty mushroom. In addition to helping keep skin looking smooth and glowing, tremella mushrooms have a lot of other health benefits, such as helping to boost the immune system and lower inflammation.  Read on to learn more about mushroom benefits and why tremella mushrooms and Further Food Vanilla Collagen with Tremella Mushrooms just might be what you were missing in your diet! 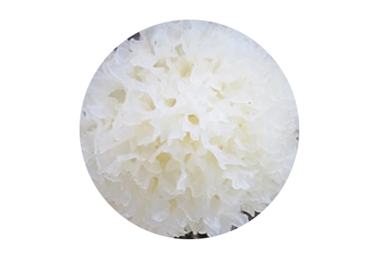 What Are Tremella Mushrooms?

You’ve probably heard of champignon, portobello, shiitake, oyster, and reishi mushrooms. But have you heard about tremella mushrooms? The tremella mushroom, or Tremella fuciformis, is an edible species of fungus that looks rather magical if you were to ever come across one in the wild. They can be found in many tropical and subtropical regions, as well as temperate areas of North America, Oceania, Europe, and Asia.

Belonging to the jelly fungun family, tremella mushrooms have gelatinous fruiting bodies the color of snow – hence their other English name, “snow fungus.” The fruiting body of the tremella resembles a loofah bath sponge, and just as the loofah is great for skincare, so are tremella mushrooms. These beautifying mushrooms are also given the name in Chinese of the “silver ear mushroom,” and in Japanese, they’re called the “white tree jellyfish” (translated)

For a long time, tremella mushrooms were only harvested in the wild. People started cultivating mushrooms in China in 1894 during the Qing Dynasty, when it was understood that they were, in fact, mycoparasites (fungi that eat other fungi), and therefore needed other fungi for nutrition, not wood, like many well-known mushrooms. 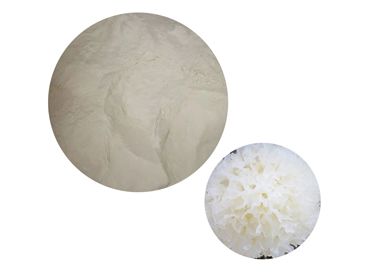 Like other mushrooms, tremella is loaded with vitamin D, high in antioxidants and anti-inflammatory. But as you’ll learn, tremella contains other special benefits that make it the ultimate beauty superfood!

Tremella mushrooms are packed with polysaccharides which have been shown to have both anti-aging and antioxidant effects because of their ability to prevent cell damage that’s caused by free radicals. These antioxidants can benefit our health in several ways. One important mice study found that polysaccharides could improve antioxidant enzyme activities. This is important because antioxidant enzymes help to minimize the damaging effects of free radicals in our bodies. Another study showed that the polysaccharides found in tremella mushrooms are able to suppress human skin injuries caused by hydrogen peroxide, thus alleviating some oxidative stress on our bodies.

Another valuable study we want to flag is a report from 2018 in Molecular Medicine Reports in which researchers used tremella polysaccharide extracts to investigate the protective effects of tremella. The study showed that the tremella extract reduced apoptosis (natural cell death for human growth and development) in human skin fibroblasts. Fibroblasts are cells that synthesize collagen, as well as produce the framework for body tissue and play a major role in wound healing. By supporting fibroblasts and having antioxidant effects, the polysaccharides in tremella mushrooms can help maintain skin integrity, helping to avoid saggy skin, weaker bones, and joint stiffness.

If you want to get more information about the tremella fuciformis extract, welcome to contact us today or request a quote.

Previous: What Are The Benefits of Ceramides?

Next: Difference Between Bilberry And Blueberry