Lingzhi has been used in Chinese medicine for over 4000 years to treat fatigue, asthma, coughs and liver disease, and to prolong life. The use of Reishi has been recorded in the oldest Chinese medical texts for over 2000 years. The cultivation of Reishi began in the 1980s. A survey conducted in Hong Kong found that Reishi was the third most common herb taken by pre-operative surgery patients.

One of the most important effects of Reishi mushrooms is that they can boost your immune system. Although certain details remain uncertain, test-tube studies have shown that Reishi can affect genes in white blood cells, which are a key part of the immune system.

In addition, these studies have found that some forms of Reishi may alter the inflammatory pathways of white blood cells

In one study, the fungus improved lymphocyte function in athletes exposed to stressful conditions, helping to fight infection and cancer. However, other studies in healthy adults have shown no improvement in immune function or inflammation after 4 weeks of taking Reishi extract.

Overall, it is clear that Ganoderma affects white blood cells and immune function. More research is needed to determine the extent of health and disease benefits. 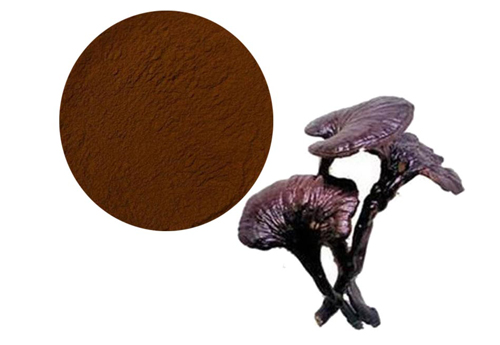 2. May fight fatigue and depression

Reishi's effects on the immune system are usually the most highly valued, but it also has other potential benefits. These include reducing fatigue and feelings of depression, as well as improving quality of life.

One study examined its effects on 132 patients with neurological disorders, which are ill-defined and associated with aches, pains, dizziness, headaches and irritability.

Also, the study participants experienced a reduction in anxiety and depression. While Reishi mushrooms may hold promise for people with certain illnesses or diseases, it is not clear whether it will benefit those who are healthy.

A 12-week study of 26 people showed that Reishi mushrooms may increase "good" HDL cholesterol and reduce triglycerides. However, other studies of healthy adults have shown no improvement in these heart disease risk factors.

In addition, a large analysis showed no beneficial effects on heart health in five different studies that examined about 400 patients. Researchers found that consuming Reishi mushrooms for up to 16 weeks did not improve cholesterol. Overall, more research on reishi mushrooms and heart health is needed.

Several studies have shown that the molecules found in Reishi mushrooms can lower blood sugar in animals. Some preliminary studies on humans have reported similar findings.

However, most studies have not supported this benefit. After evaluating hundreds of participants, researchers found no benefit from fasting on blood sugar. Post-meal blood glucose results were mixed. In some cases, Reishi mushrooms lowered blood glucose.

The above information is provided by the Reishi extract supplier.

Previous: How to Use the Lyophilised Powder?